So if you haven’t seen the like two instances where it has been done, I have a segment called “Analog” that focuses on board gaming (or me being distracted by Pokemon per that one episode). Anyways, with the new year and new content upon us I’m hopefully going to be doing more coverage on board gaming.

So any board games you want to hear about? I’m pretty much open to covering anything that’s not Cards Against Humanity or any of its bastard 3rd party offspring. Write down suggestions and if there’s enough buzz, you might see a future Analog about your choice.

Also, if you just have board gaming questions in general, start a topic. I’d be more than happy to try and help ya!

Axis and Allies is always awesome. Also War of the Ring is probably my all time fav.

You already have my suggestion 7 Wonders! Second suggestion though is Twilight Struggle.

Twilight Struggle looks like something I would really love to see. Diplomacy and the game Axis and Allies both look like they would be good. I am sure though whichever one you show will be a great game that I might have to go buy.

Would upcoming games count? the website isn’t completed it seems but it’s a cyberpunk Pen&Paper game.

http://damemirai.kodaops.com/ <-- would be the site. Heard of it from a friend on mine. I’m sure they’d love the attention.

Check out Exploding kitten, it’s a fast learning game and quite fun! It’s going to make for a short segment

It’d be great to see some wargaming (anything other than Warhammer).

A lot of people make videos about general boardgame stuff, or tabletop RPGs, but it seems that relatively few cover wargaming from time to time.

A friend introduced me to Crossfire a couple of months ago, and I’m really digging it. The damn thing had been out of print for ages.

My freshman year of university I played so much Catan. Quick enough that we could play between classes or whatever, but could also become so involved people get angry. It was great essentially making the Great Wall of Catan solely by trading in sheep. House rules were fun too,

For 66 years APBA has been the unchallenged KING of quality baseball entertainment products! Now with APBA Baseball you can get in on the excitement. Fun, quick, and easy to play, APBA Baseball put...

Two great baseball simulation board games I’d love to see get even more exposure. Strat-O-Matic is widely known and regarded as the best baseball simulation out there. As quoted from one site … “An iconic major league baseball game that is so well known that it is exhibited in the National Baseball Hall of Fame.” Also it gets mentioned in the real newspapers too … http://www.nytimes.com/2016/01/18/technology/strat-o-matic-builds-out-its-digital-game-roster.html?_r=0

Now while I have struggled to learn to play the game with the full rule set I enjoyed what little I have played of it.

As for APBA really it’s claim to fame is they had Ernie Harwell as the broadcaster in their pc game. I don’t know if it is included in the most recent version but it was such a treat to listen to. 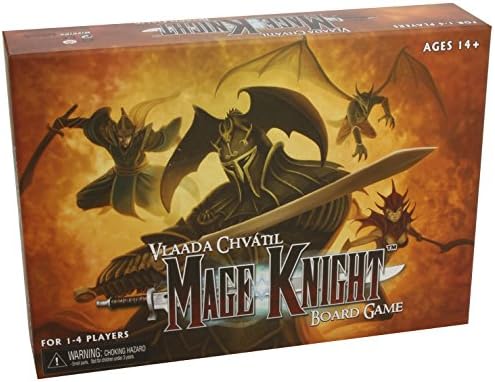 "The Mage Knight Board Game throws you and up to three other Mage Knights into the sprawling and ever changing world of the Atlantean Empire, a land that is but a distant memory since your transformat ...

Pretty fun game, can play solo or with friends

there are some expansions too, don’t have it but I hear Legion is pretty much a must 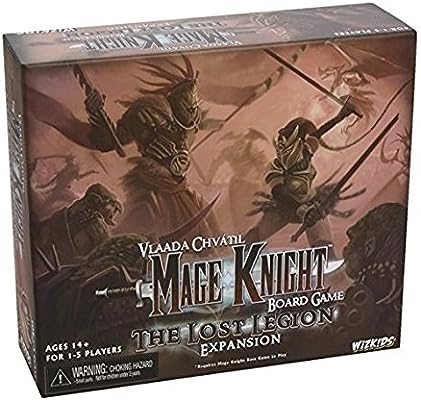 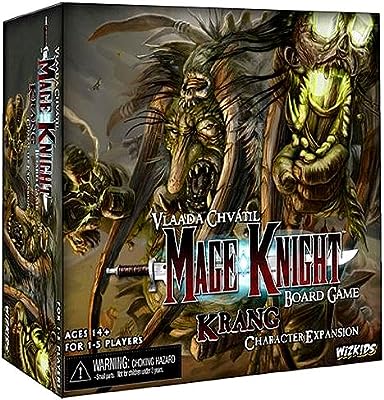 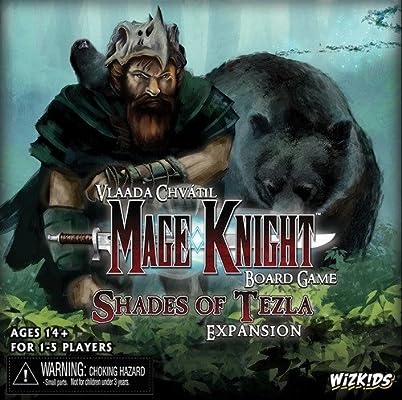