I was looking to get some fans that will be use all over my case including on a radiator in push pull (so 7 in total) . I was looking at the corsair Magnetic Levitation pro fans

Then I thought, are there anything much better for the same price? I am looking for a black and silence! are Be-Quiet worth looking at?

Any high(er) end fan will perform pretty similar to any other high(er) end fan. If you normalize the loudness of the 140mm fans, the be quiet! Silent Wing 3, BlackNoise NB-eLoop B14, EK Vardar, Corsair ML, and Noctua A14 will all push pretty much the same amount of air.

ThermalBench has tested quite a few fans, and a good chunk of them perform within a margin of each other. 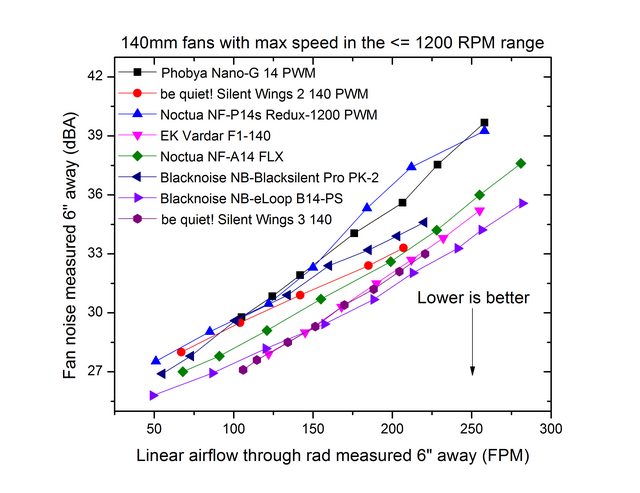 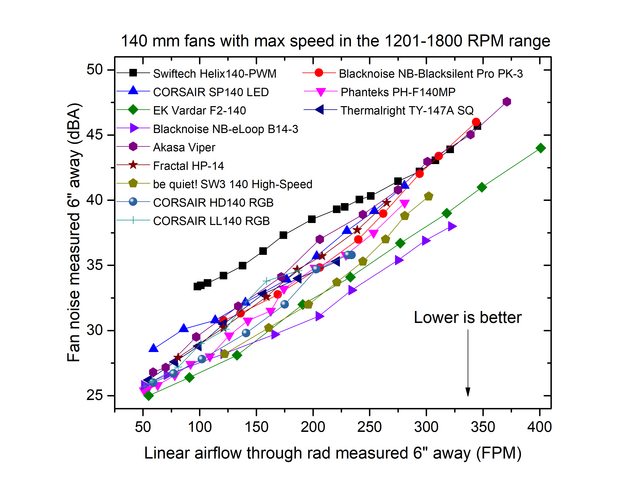 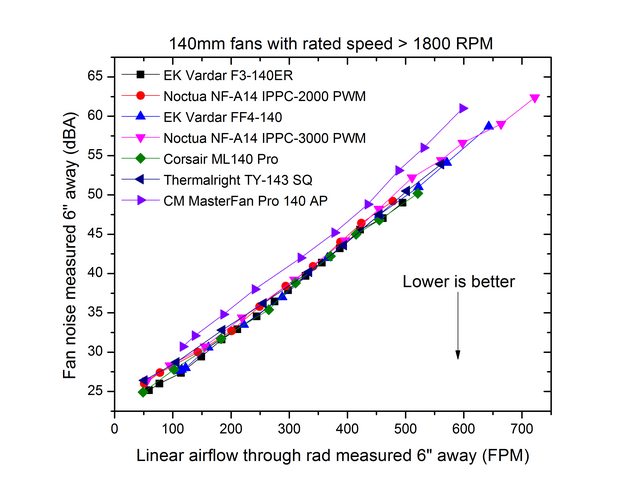 Keep in mind that the scales for each graph are different. Also that hearing a 1 dB difference would require active listening to discern for the average human.

I used to care a lot about this. I bought all PWM fans and did a build with an Asus board that had all PWM fan headers. Based on CPU temperature, I use 30% fan speed @ 30c and make incremental increases up to 100% fan speed @ 70c.

I still have that setup in my Linux box, but I use headsets which block out the fan noise either way. I just use high performance 3-pin fans in the Windows box now and still don’t notice it over music or games.

PWM is nice if you want the best of both worlds, but the fans are a little bit more expensive and you’ll be limited to using either a certain board or a fan controller and possibly extension cables.