I want to get a job and get to upgrading my PC soon, I also have some parts I could sell but IDK how to or who would want some of my shity parts I have laying around. (Also IDK how to get Ebay to accept my phone number.)

just copied and pasted anadia’s comment and used it as a template.

built a new rig, so time for an update

Put together a Ryzen build recently 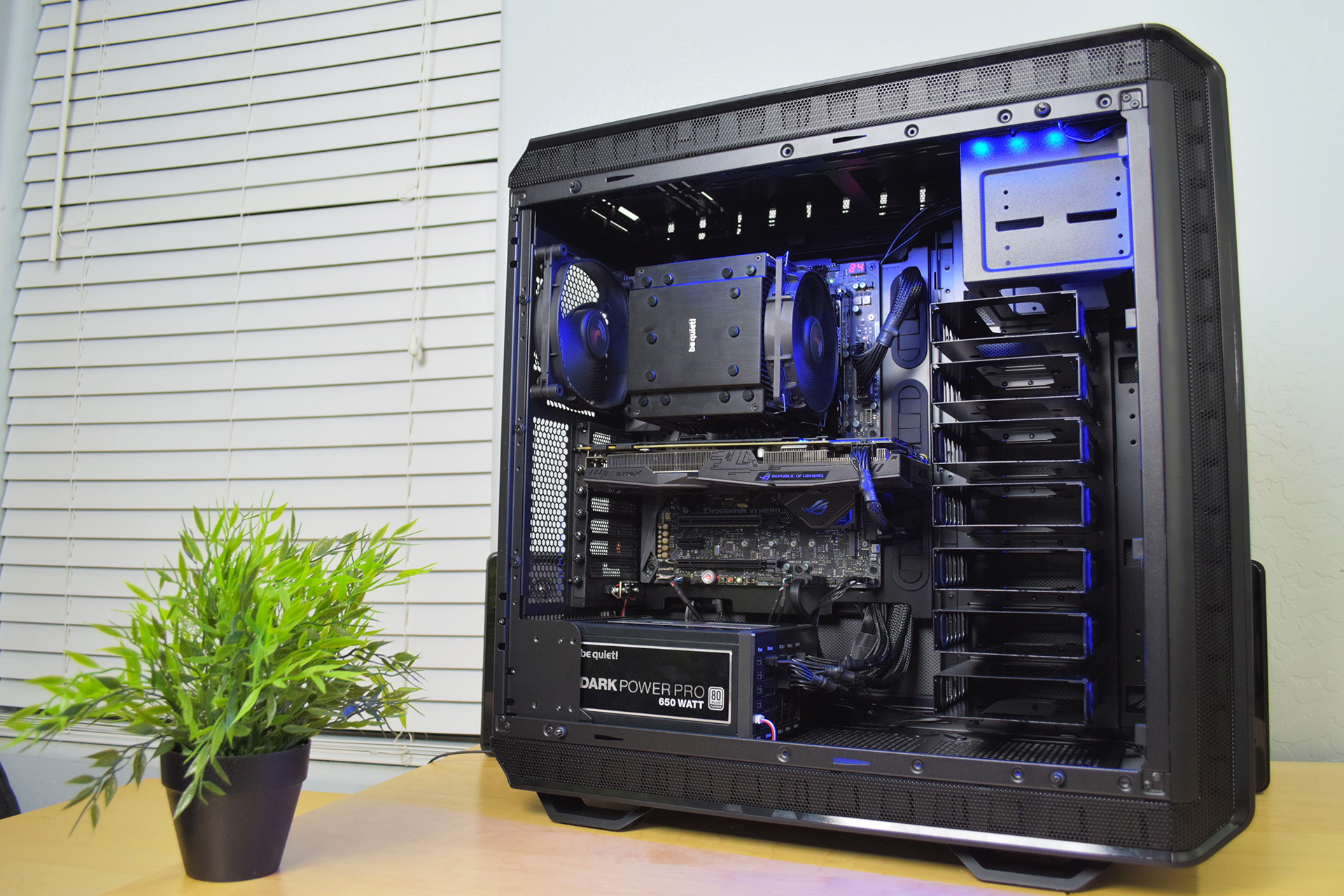 My build may not be all that impressive, as I built it on a decent budget a year ago.

Well those were the more important parts. I want to upgrade the CPU to a high tier I5 this way I still feel relevant on specs when I want to play something. Wanting to upgrade the GPU to a 10 series maybe a 60 or a 70. I’ve only gotten into PC gaming a year ago, and honestly I don’t know why I didn’t get into it sooner.

Now I feel like I’m rambling, so I’m going to stop now.

Just got done changing my chipset over from x99 to kabylake due to fried i7 6800k oc’d on a 9 hour game session my own fault user error NBD will defiantly learn form it but took the opportunity to go over to the i7 7700K and get that 4K netflix due to proprietary BS or whatever’s. Will be replacing the single samsung 950 pro with double 960 rpo’s 512gb in raid 0 for the boot and adding in 3 more samsung 850 pro’s in then doing a 5 drive raid 0 array on those then going to get a NTC thunder enclosure for my old 950 pro and use it as a usb m.2 SSD upgrading to GTX 1080 Ti’s as well after I get 2 more ASUS ROG Swift G-Sync Monitor then going into XLR open AKG Pro Audio 712’s an a mk-3 ultra lite firewire/usb xlr interface and an AKG C214 large condeser xlr mic with pop filter and dat 4k Logitech Brio cam or something similar and get to streaming on Twitch and Youtube and to my IRL buds on Facebook and through Instagram thanks Shadowplay! Don’t really plan on turning into a mainstream source of revenue just something to do for fun and might as well do it well and sound good and be able to steam and play good while were at it!

So recently my X99 i7 6800K died due to me gaming on it with a very aggressive 15% overclock for the course of 9 hours strain luckily in the tragedy just the CPU died so I unloaded the X99 board to a bro who needed it for some e-5 xeon shenanigans and I took this great opportunity to improve airflow due a bit of better cable management stealth my dual 850 pro’s and samsung 950 pro plan on getting double samsung 960 pro’s soon for raid 0 boot drive for windows 10 pro 64 bit and Kinda been looking into Linux Mint 19.04 KDE I think anyway’s the storage upgrade is a 2 moth’s away as I’m grabbing 3 more samsung 850 pro’s to add to that raid 0 array as well as a k95 Platinum keyboard and Polaris mouse pad to go with my corsair void wireless rgb h…

Is it a lot? No. But it’s exactly what I need. I built the entire system new for about $370 US. Tiny, portable, efficient, runs like a champ.

Wow, that’s rather impressive. Well at least to my standards. Since I built my first computer a year ago. I’ve often thought to try Linux, but not really sure how much of a learning curve it is.

Pretty easy actually. Mostly depends on what distro you try to use.

and a 1996 Acer Peripherals 6311-K Mechanical keyboard I got from an old office.

nice little rig! what do you do with it? I’M curioous 'cause I love doing budget builds for friends and the final build’s performance at 1080p always amazes me. Like most of them rigs can play triple As at medium 60 fps

I mostly play games on it, and learning to do photo and light video editing, nothing too serious. This was actually an upgrade from my 2nd budget PC which is based on an Athlon X2 5000+.

I got a deal on “8gb BL” ram, but “BL” turned out to be fucking bright blue. Glad I don’t have a windowed side panel.

I just updated my profile card

HA! I win Potato of the Year.
Still plays Skyrim and FO4 at a level of slideshow I’m willing to cope with (with mods)

Faith kinda made to match the mirrors edge 2 figurine on my desk lmao.