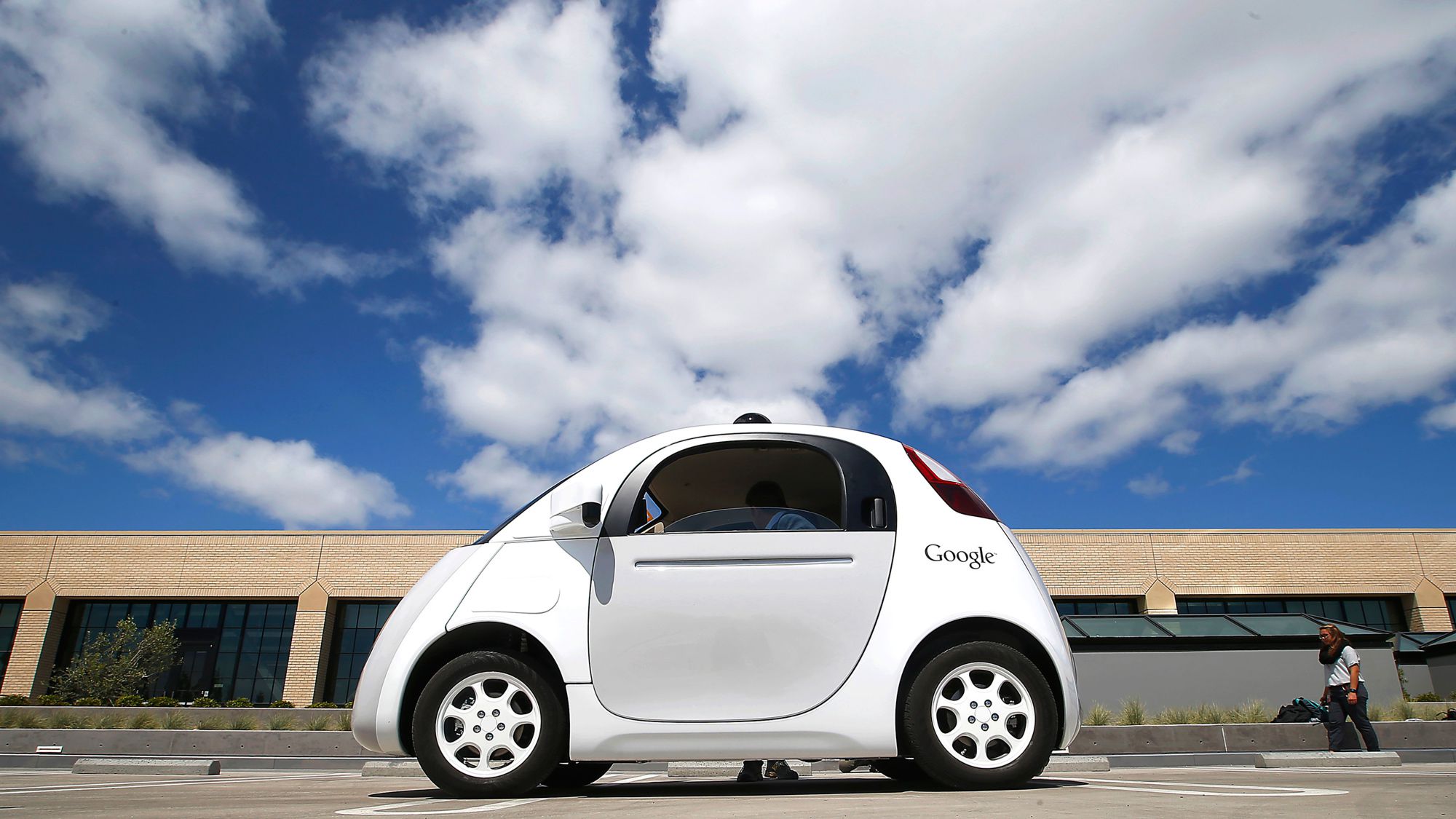 Autonomous cars are a real-life enactment of a moral conundrum known as the Trolley Problem.

"Artificial intelligence experts and roboticists aren’t the only ones working on the problem of autonomous vehicles. Philosophers are also paying close attention to the development of what, from their perspective, looks like a myriad of ethical quandaries on wheels.

The field has been particularly focused over the past few years on one particular philosophical problem posed by self-driving cars: They are a real-life enactment of a moral conundrum known as the Trolley Problem. In this classic scenario, a trolley is going down the tracks towards five people. You can pull a lever to redirect the trolley, but there is one person stuck on the only alternative track. The scenario exposes the moral tension between actively doing versus allowing harm: Is it morally acceptable to kill one to save five, or should you allow five to die rather than actively hurt one?"

"Rather than pontificating on this, a group of philosophers have taken a more practical approach, and are building algorithms to solve the problem. Nicholas Evans, philosophy professor at Mass Lowell, is working alongside two other philosophers and an engineer to write algorithms based on various ethical theories. Their work, supported by a $556,000 grant from the National Science Foundation, will allow them to create various Trolley Problem scenarios, and show how an autonomous car would respond according to the ethical theory it follows.

To do this, Evans and his team are turning ethical theories into a language that can be read by computers. Utilitarian philosophers, for example, believe all lives have equal moral weight and so an algorithm based on this theory would assign the same value to passengers of the car as to pedestrians. There are others who believe that you have a perfect duty to protect yourself from harm. “We might think that the driver has some extra moral value and so, in some cases, the car is allowed to protect the driver even if it costs some people their lives or puts other people at risk,” Evans said. As long as the car isn’t programmed to intentionally harm others, some ethicists would consider it acceptable for the vehicle to swerve in defense to avoid a crash, even if this puts a pedestrian’s life at risk.

Evans is not currently taking a stand on which moral theory is right. Instead, he hopes the results from his algorithms will allow others to make an informed decision, whether that’s by car consumers or manufacturers. Evans isn’t currently collaborating with any of the companies working to create autonomous cars, but hopes to do so once he has results.

Perhaps Evans’s algorithms will show that one moral theory will lead to more lives saved than another, or perhaps the results will be more complicated. “It’s not just about how many people die but which people die or whose lives are saved,” says Evans. It’s possible that two scenarios will save equal numbers of lives, but not of the same people.

“The difference between theory A and theory B is that the people who die in the first theory are mostly over 50 and the people who die in the second theory are mostly under 30,” Evans said. “Then we have to have a discussion as a society about not just how much risk we’re willing to take but who we’re willing to expose to risk.”

Evans is also interested in further research on how any set of values used to program self-driving cars could be hacked. For example, if a car will swerve to avoid pedestrians even if this puts the driver at risk, then someone could intentionally put themselves in the path of an autonomous vehicle to harm the driver. Evans says even an infrared laser could be used to confuse the car’s sensory system and so cause a crash. Then there are further questions, such as how differently-programmed cars might react with each other while they’re on the road.

Evans is not the only academic researching how to address self-driving cars’ version of the Trolley Problem. Psychologists are also working on the issue, and have researched which solution the majority of the public would prefer."

"Patrick Lin, philosophy professor at Cal Poly, San Luis Obispo, is one of the few philosophers who’s examining the ethics of self-driving cars outside the Trolley Problem. There are concerns about advertising (could cars be programed to drive past certain shops shops?), liability (who is responsible if the car is programmed to put someone at risk?), social issues (drinking could increase once drunk driving isn’t a concern), and privacy (“an autonomous car is basically big brother on wheels,” Lin said.) There may even be negative consequences of otherwise positive results: If autonomous cars increase road safety and fewer people die on the road, will this lead to fewer organ transplants?

Autonomous cars will likely have massive unforeseen effects. “It’s like predicting the effects of electricity,” Lin said. “Electricity isn’t just the replacement for candles. Electricity caused so many things to come to life—institutions, cottage industries, online life. Ben Franklin could not have predicted that, no one could have predicted that. I think robotics and AI are in a similar category.”"