Making upgrades and I need help

Some of you might remember my old build, the Forerunner, from a year back. In case you don’t (it’s my current system), here’s what I’m working with.

This year, I’ve chosen to move to PC permanently and I am upgrading my specs in order to hit Ultra at the newest AAA titles at 60FPS or more. Here’s what I’m looking at. (italized have already been bought for me as gifts, cannot be changed)

As you can see, I am clearly undecided as to what upgrades to buy for my system. I am undecided between a GTX 1060 and an RX 480, and also as to what model to buy. I also need to decide which case to buy (I really want a windowed one) and whether I can afford an SSD or extra RAM. All of the upgrades will most likely need to stay under $350, but that’s subject to change.

If you guys could help me, I’d really appreciate it.

Thank you and Happy Holidays!

I wouldn’t get an SSD if you’re wanting to stay under $350, but if you really want one the SAMSUNG 850 EVO is a good choice:

For the windowed microATX case, I’d be partial to something like a Corsair Carbide Air 240, because you can orient the case however you want, with the window either as a side panel or as a top panel. (the case is a cube and the “top” is identical to the “bottom”, so you can put the case feet on the opaque side panel and lay it on that side.) The case is also really tiny while having great airflow and way more places to mount watercooling radiators than you could ever need.

It would fit your budget if you get it on sale or with a discount. 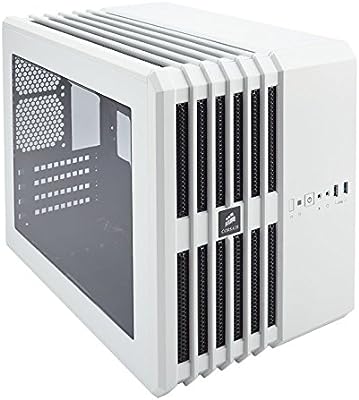 Edit : nevermind, I assumed the new motherboard was going to be microATX like the old one.
The ATX version of that case, the Air 540 is just as good, but bigger, and unfortunately more expensive, so it might not fit in the $350 budget.

It looks like a great case; however, it looks like it only supports up to mATX, and I have an ATX board.

What is the future of DX12 in gaming and how will it affect me? I’m running Windows 7 and don’t plan on moving to Windows 10 until I have to.

My bad. I checked out your old motherboard instead of the z97…

The ATX version of that case, the Air 540 is just as good, but bigger, and unfortunately more expensive, so it might not fit in the $350 budget.