In the market for a new mechanical keyboard (bored of the OG Corsair K70) It’s time for a change.

Looking for Cherry MX Blue switches and maybe single colour backlighting. I’ve been looking at the custom keyboards from WASD but haven’t really looked into them much.

I really like Cooler Master keyboards, my Quickfire TK w/ blues has been abused. They don’t make that particular one anymore, but the MasterKeys is good as well.

There just aren’t many keyboards out with them. Also, the keyboard I use at home has Outemu Blue switches. I also like those a little more than Cherry MX. They are poppier imo. Also, way cheaper. Most of the keyboards are pretty ugly though…

I agree with @Logan on this one, the other brands can be better and cheaper than the equivalent Cherry switch. I even have a keyboard with frankenswitches that are amalgamations of other switches and I’d say it’s still a good switch.

Having said that, mechanicalkeyboards.com has a bunch of filters you can use to narrow down their catalog to what you want. Keyboard size, switches, backlighting, et cetera. Even if you’re overseas it might be a useful tool to get an idea as to what’s available and then you can look for the keyboards locally.

If you want a good mech keeb that has interesting look while also cheaper than corsairs, get the AJAZZ AK33, tho it’s a 65% keeb, the keyswitches (zorros) feel really good, or if you don’t like 65%, and want full size, try the AK60 which has side printed keycaps and gaterons, which are highly regarded in the community for having a smoother feel than cherrys.

Also, it has a profile of the DAS keyboard with a clean look and a volume knob with standalone multimedia controls.

That’s if you want to try the Chinese keyboard market though.
I personally use a Redragon Vara K551, with outemu blues which are louder and higher pitched than cherry blues, and I really like it. Although I might have to some o-ring modding as my room mates get annoyed by my obnoxiously loud typing.

What about the WASD keyboards, any thoughts on them?

WASD keyboards are good, but I just cant justify the price that they charge, especially when there are cheaper options available that offer the same experience, and some even better.
Cherry at this point just doesn’t have a lot of cool new stuff compared to their copycats. Sure, Cherries have standardized manufacturing techniques and higher tolerances compared to other brands, but you don’t really feel that anymore in the end product.

Any in particular you would recommend??

I’ve been looking at the custom keyboards from WASD but haven’t really looked into them much.

I like WASD, and if you want pre-built with fully custom keycap colors I think it’s a good way to go. I have their 60% and it feels literally bulletproof.

There are a lot of cheaper options though, and other switch makers are plenty reliable now so you don’t really have to worry about that.

I know Razer gets a lot of shit, and I think their previous generation of keyboards had unreliable switches (I bought a few different ones and had various switches not work properly out of the box), but the current Blackwidow Chroma V2 keyboards are nice. Maybe I just got lucky, but I’ve had mine for I think a couple years now and haven’t had any issues. I got the Razer Orange switches and I like them more than MX Browns. The Razer Green switches feel better than MX Blues in my opinion. I haven’t tried the yellow switches because I’m not a fan of linear. It comes with a nice cushy wrist rest too. Price-wise, they’re actually very reasonable. $130 on Amazon with Green switches.

I have the most experience with the Shine 4 which I still currently own. They have made newer (and probably more expensive) models since the Shine 4, but it’s the best keyboard I’ve ever owned. They do come in blue switches, and worth the $150 price tag IMO. Not sure what your budget is though.

To give you better recommendations, how about letting us know what your budget is.

I personally use a Corsair Strafe RGB with Cherry MX Silent switches. Works well, and the RGB effects are pretty cool. I also use a Corsair K63 Wireless (with Lapdog) when I game in front of my TV. Both are really good quality keyboards. 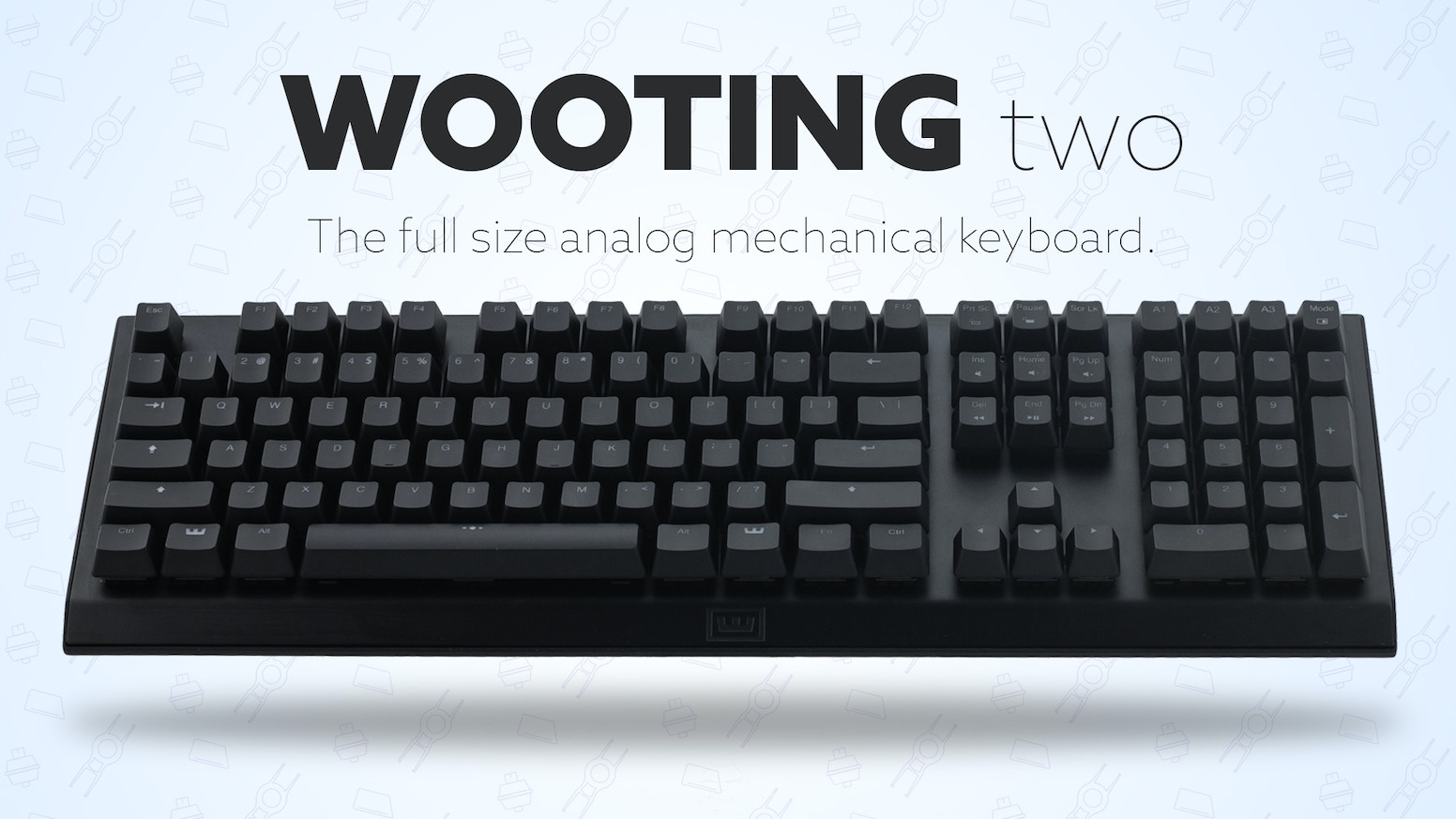 You asked us to make a full-sized version, so we created the Wooting two. Every key has analog input for granular control on PC.

Yup Wooting is pretty much the best keeb you can get. I haven’t personally tried it, but the analog switch thing is pretty cool.