Help me build a gaming pc

Ok here is what i get so for all i need is good Processor and for 200$ i will be for gaming plz help. https://pcpartpicker.com/list/

EDIT: https://pcpartpicker.com/list/JXVC9W
This should work.

What I would recommend is to google, look at builds on PC part picker, YouTube and search eBay/used computers to find what will work for you. Nothing wrong with asking help, but you should do some research before asking others to do it for you, if that makes sense.

And to be honest, by doing it yourself, not only will you learn more, you have more satisfaction when the build is finally done.

You need to click-on the blue window to add components for your $200 build.

Our equivalent ‘pcpartpicker’ in Australia is UMart. 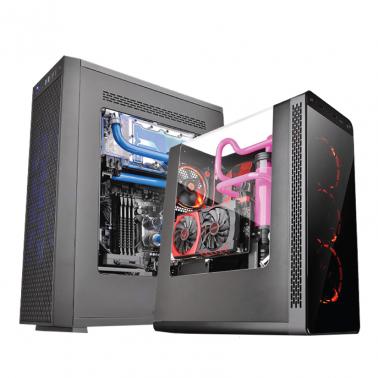 I reposted the link
https://pcpartpicker.com/list/JXVC9W

Now that I have this up, what would be a good processor around 200$ for gaming?

thank you but can you be more specific on which i5?

the newest generation available do some research homie. people should never blindly listen to others when building a pc. you should at least know what it is and shit. otherwise you may as well just buy one.

watch some crit/teksyndicate videos, and https://www.youtube.com/user/CultOfMush is good for beginners.

i5 basically look for locked or unlock just the higher end ones no later than haswell (4000 series) typically. any of the higher end unlocked chips haswell or later are still pretty kick ass.

Before you throw a stupid amount of money at something that isn’t even an improvement on the last revision, let me give you a couple build lists that I will argue for.

New ryzen 7 build. Should be able to handle anything you throw at it.

Basically what my fist build was. I got all my parts used, including ram and storage. Overall the whole thing cost me 250 bucks, including a 250X I got on sale. But with the 480 out you’ll do fine with that. And before people whinge about the CPU being old, I streamed games at over 100 FPS my side.

You can get FX parts for cheap and anyone that says they are crap is stupid. If you are gaming and doing 3d stuff, FX is a good cheap way to go.

If you really want to do intel then do a xeon system. They are made to constantly run. My current box is a xeon bex and it does a lot more than I would expect.

Enjoy it. Don’t just jump on the kaby lake train; they don’t have any advantages no matter what the fanboys say.