What is Google’s problem? 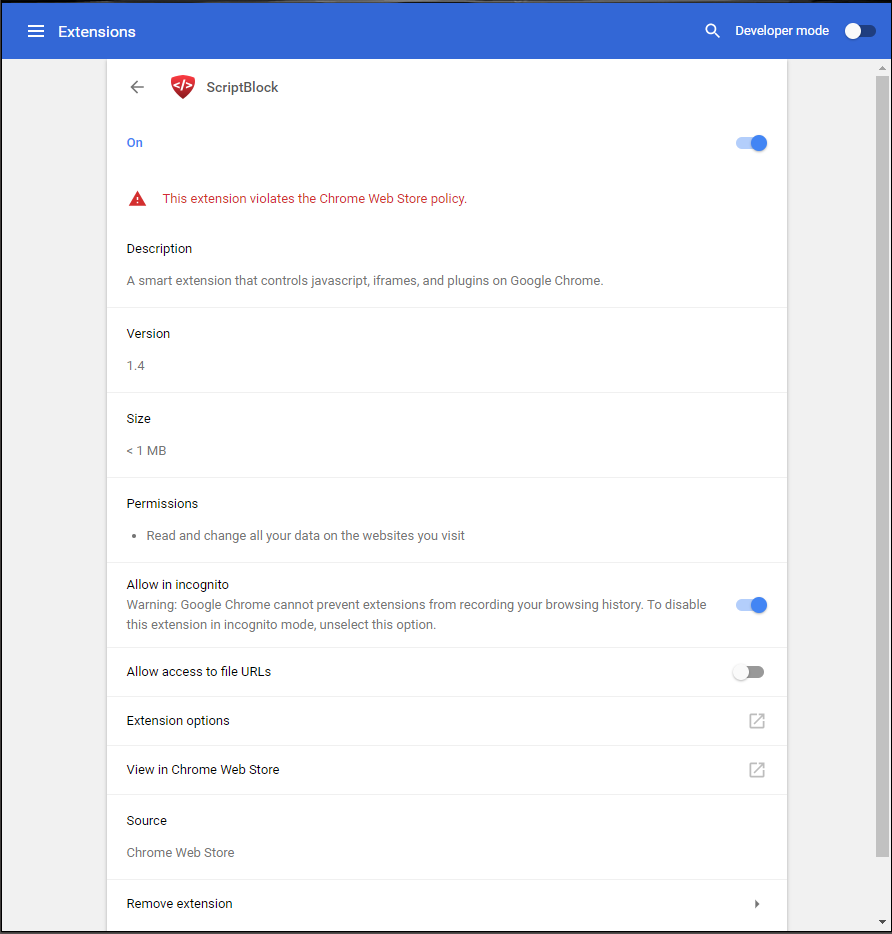 Is it possible that their is something built-into the extension that is actually potentially harmful?

It’s really annoying that 1. They have the ability to just remove something from your browser that you willingly and purposefully installed, and 2. (even worse, imo) That they provide no explanation or notification as to why, other than it “violates the chrome web store policy”. You’d think if there was a legitimate reason for removing it, they would WANT to provide a specific example as to why it was removed so that people might actually trust their decision, otherwise they’re just being dicks.

There are some instructions here to reinstall it. I don’t know how legit it is, so proceed at your own risk.

I’ve seen UMatrix mentioned a lot as an alternative as well.

Or just use Brave browser

I’ve bee using Chrome since the day it came out, so it’s REALLY hard for me to switch. I switched to Firefox about a month ago, and then hopped on Chrome again last night and immediately felt at home again. Going to try to stay away from it as much as possible, but it just seems like it works the best in general.

Firefox Quantum is decent if you enable graphics accelerators which are not on by default.

It is a software company, so they will word anything they justify to protect their own interests. Just look at everything YouTube content creators have been going through lately.

Google has wonderful products and is a very smart company. Part of attracting the “free market” crowd is these occasional purges.

They periodically make these massive decisions affecting everyone somewhat equivalent to a personal trainer trying to help a lazy client avoid a plateu effect by telling the client to jump off of a 20 floor building’s roof top, so when the client is alive in a full body cast, the trainer can say something like, “Look at the positive in this. Your muscles are being given a break which will mean you will make a lot of relative progress once you start again.”