Ever wanted to build the absolute tiniest gaming machine possible? No? Ok, well I did, for reasons. Any reasonable person would probably choose one of the many enclosures that has room for important things like hard drives, and a GPU; 1/8th the size of a normal mid tower, but with enough room to neatly fit all their components...

To hell with that I say. I want small, over all else. Smaller than the consoles, small enough to fit in a small bag or purse. TINY DAMNIT. With size as my primary goal, this is a story about how it was (eventually) acheived.

Years ago I went on a quest to build the smallest possible gaming PC I could. I had fallen in love with the M350 enclosure, and I needed to find a way to jam a gaming PC into that. The end result was... unfortunately not very good. The restraints on the PSU led me to using an overly weak APU that could barely handle Skyrim on low with no mods... It ended up getting used as an HTPC for watching youtube videos, and basically never saw a game after intial testing.

My original goal was to drop an A10 6800K, 8GB of 1866MHz ram, clock the GPU as high as possible and probably get decent gaming performance (I had another A10 system that had already impressed me quite a bit). Unfortunately due to the meager 150W pico PSU, the best I could get for the enclosure at the time, it was never able to boot. Even booting it with a different PSU and under-clocking and under-volting the chip, I could never get it to post. I downgraded to a A6 6400 and was finally able to boot. This new chip wasn't much of a performer, and with the cheap 1U cooler I got for it, couldn't even keep reasonably cool at idle. A sound failure overall.

A Second Change with Ryzen

I've always been a fan of AMD's APU line, so I was pretty excited when I heard about the new Ryzen based APUs and all the buzz about how great their performance was. When I found the Ryzen 5 2400G rocked an impressively efficient 65W TDP, the same TDP as the dinky A6, I got to thinking I could right a past wrong and make this little system work. I didn't jump right to it, since I didn't really need this computer for anything and the whole thing was gonna cost me around $600.

Recently my mother came to me with her broken down DDR2 Phenom computer which needed fixing/replacing. Instead of digging around an old system to diagnose the issue, I figure I'd just give her one of my old work systems I had in storage (an old A8 system). Only problem was it had no RAM, so I was gonna have to cough up $70 for a new set of DDR3 for her. Screw it, I just gave her the RAM out of the old A6 I had in my living room and decided to finally upgrade it.

The biggest feature (and constraint) was the M350 case. Its pretty much the smallest case you can get while still using consumer parts. I had bought the 150W PSU along with it years ago and this build didn't justify changing these parts. Giving credit where its due, the fact a Ryzen 5 2400G can run off a 150W pico-psu is quite an accomplishment for AMD.

The APU was a no brainer, its the best GPU I can get without actually having a discrete GPU. Not much more to be said there.

The memory I chose was really about price/performance. This is a gaming and entertainment system, I don't need more than 8GB. I wanted to go with the fastest memory possible for the APU that was within reason, and it seems past 3000MHz the price started climbing considerably, so I decided 3000MHz was a reasonable place to land. I'd been avoiding team group in the past but I'd recently heard a number of techtubers mention that they make perfectly good RAM so I thought I'd give it a go. Works perfectly right out of the box, and is much prettier in person than it is in the photos. NOTE: My photos below show a different set of RAM I was using to test while I waited for this kit to be shipped.

The cooler was a bit of a struggle. I didn't want to drop $50+ on a cooler for this thing, but I felt I had little choice. The NH-L9a-AM4 was one of the few coolers that had a solid build, was short enough, proper RAM clearance and came in the box with an AM4 bracket. I've never used Noctua before, but I gotta say, thats some quality cooling. Presentation is excellent, seriously the smoothest fan I've ever used, and the heat sink itself is heavy and solid. I'm a bit of a Noctua fan now.

Since the cooler was a 1.5U cooler, I no longer had room for a sata SSD, so I had no choice but to get a M.2 drive. I chose the drive simply because it was M.2, NVME and cheap. It doesn't have much room, but I'm planning a NAS build soon so it shouldn't be an issue

Not listed in the specs, but I also added an LED strip, because its 2018 for pete's sake.

After some tinkering, I was able to get the IGP's core clock up to 1575MHz and memory up to 1500MHz (advertised RAM frequency). There is a minor overvolt on the IGP core but nothing else. Had to have a pretty significant overvolt to get it stable at 1600MHz so I decided 1575MHz was fine. This thing radiates heat during heavy use... so I'm not pushing it any further.

I'll come back to edit this in the future, but so far I've only tested one game, if you want more benchmarks, request it in the comments and I'll try to if I can and I have the software on hand. 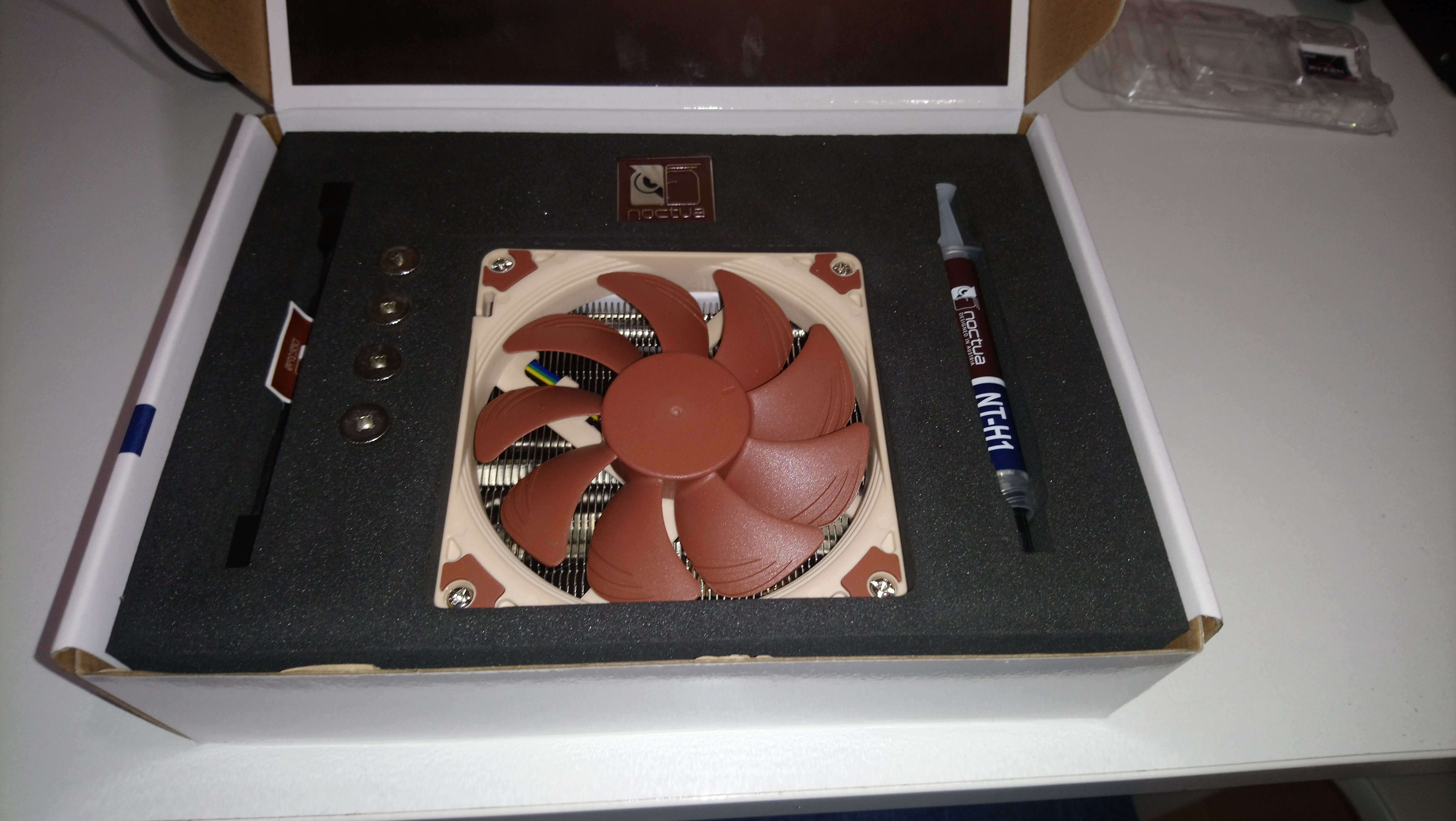 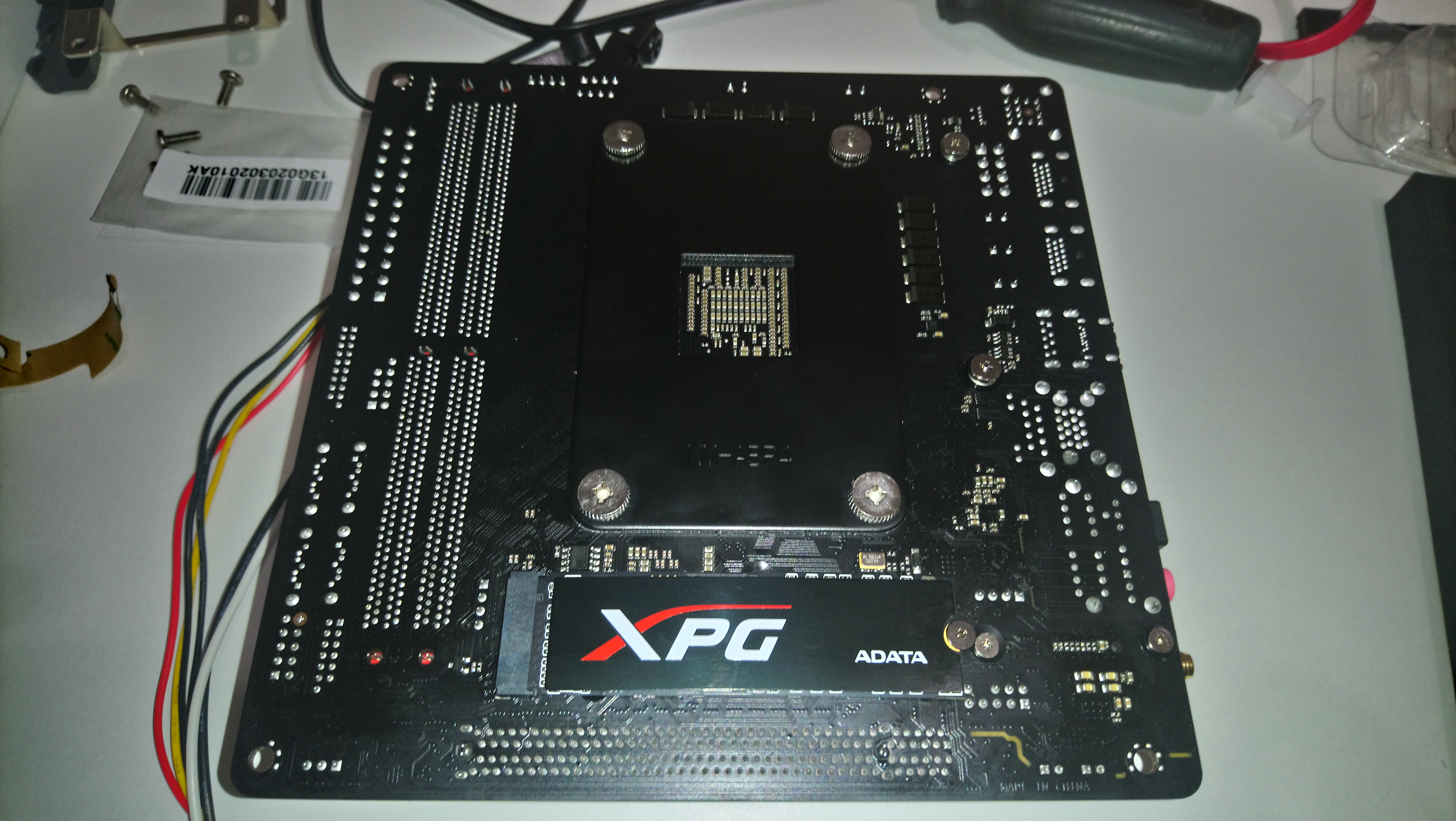 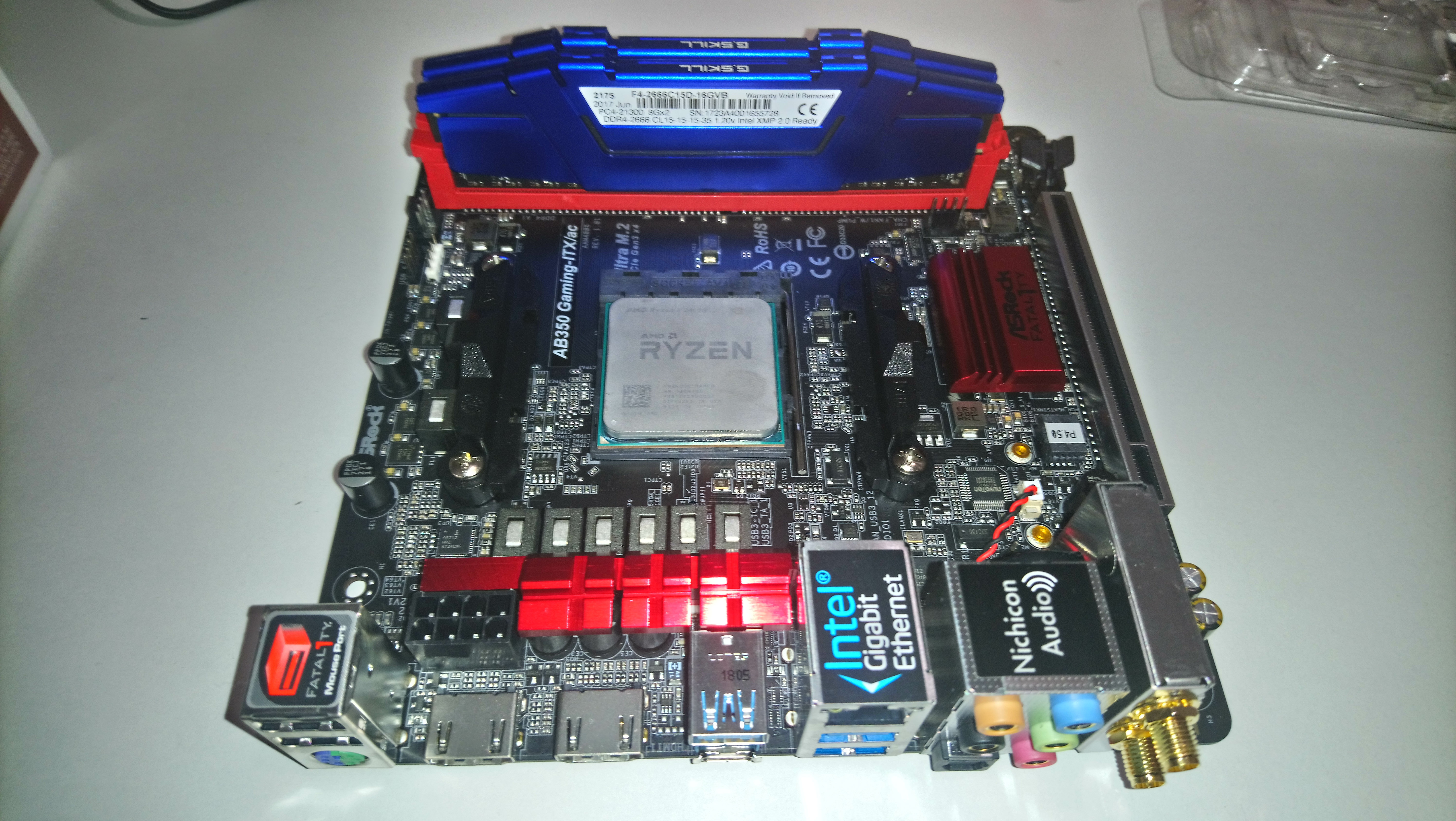 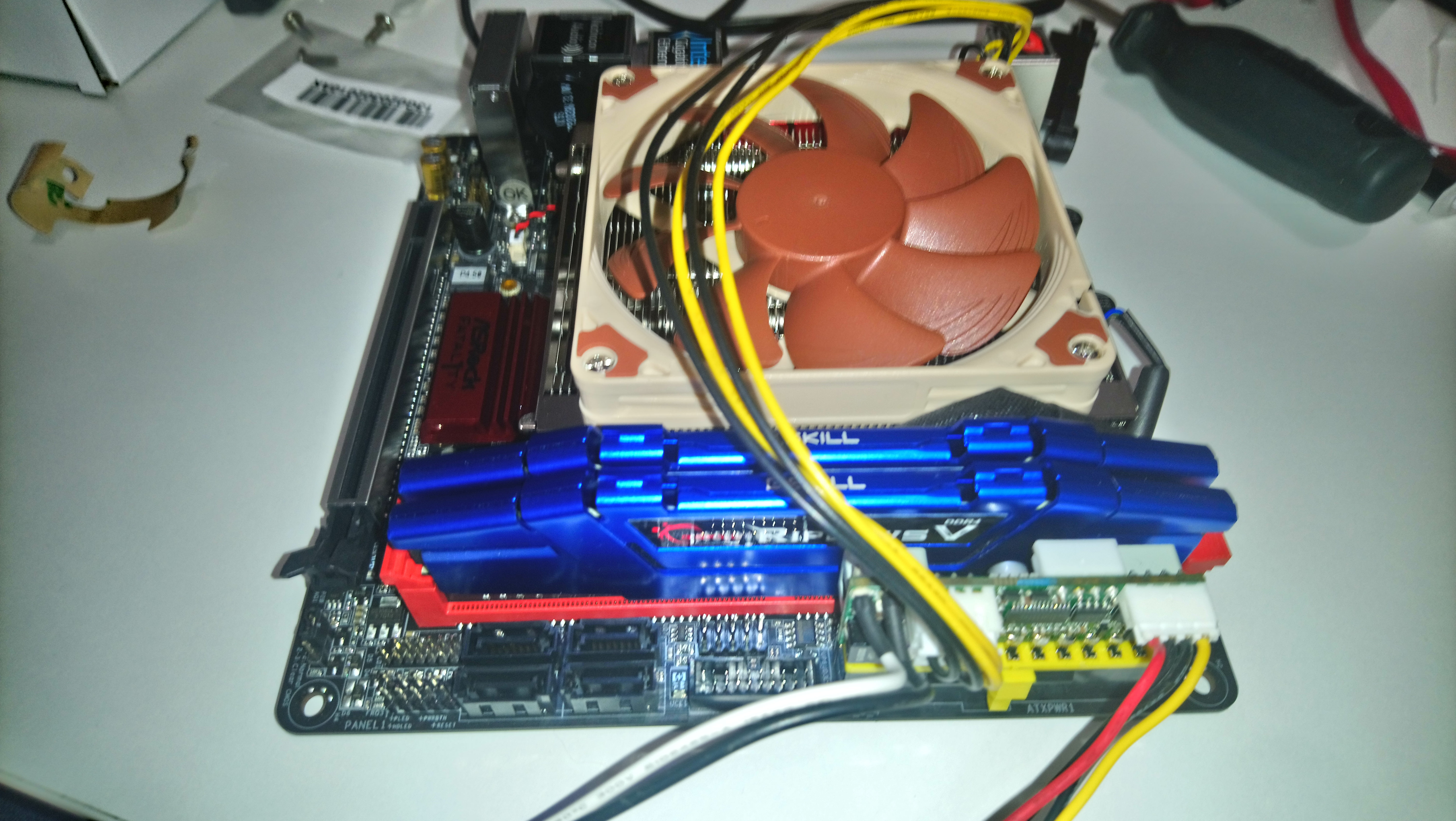 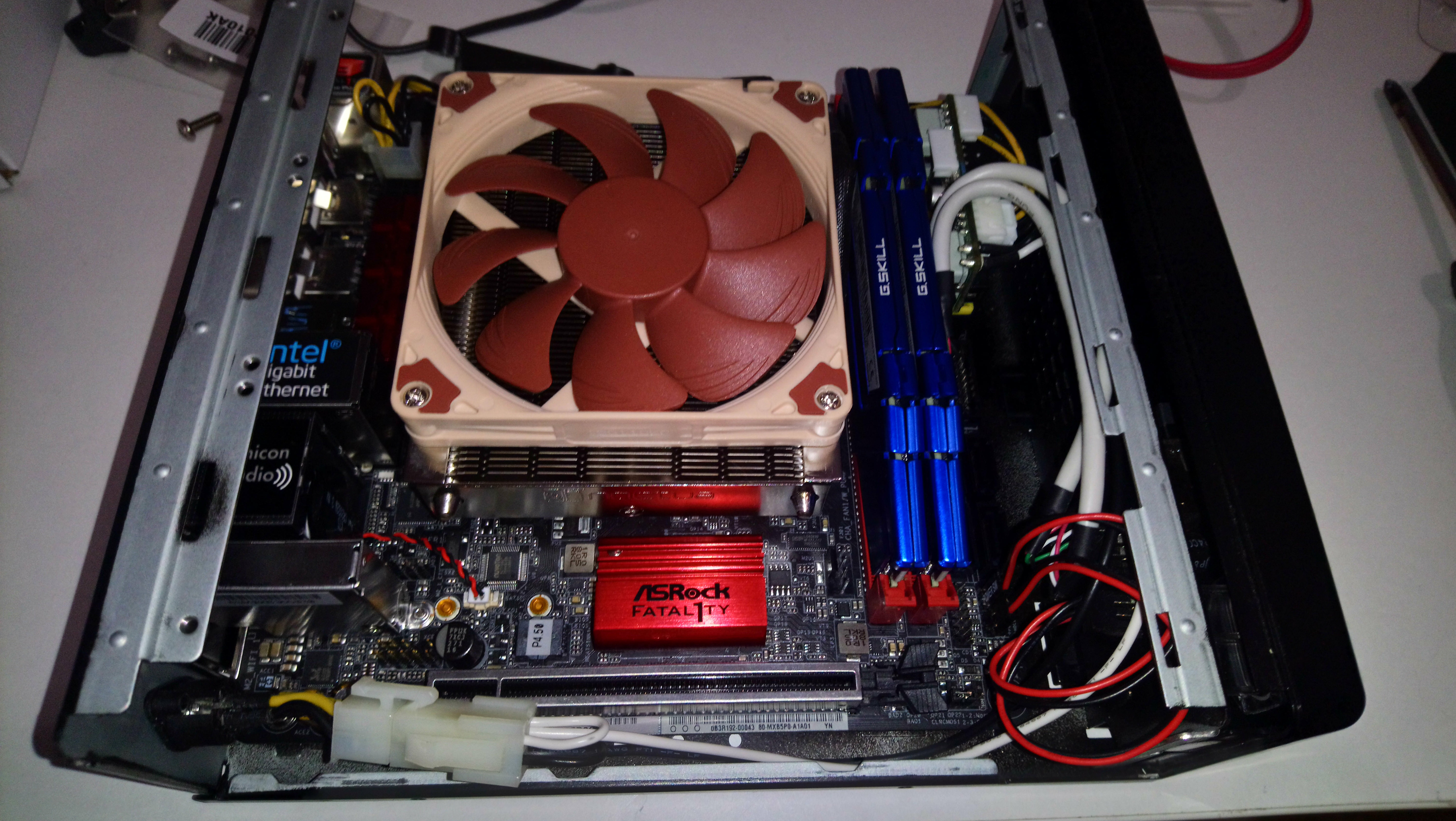 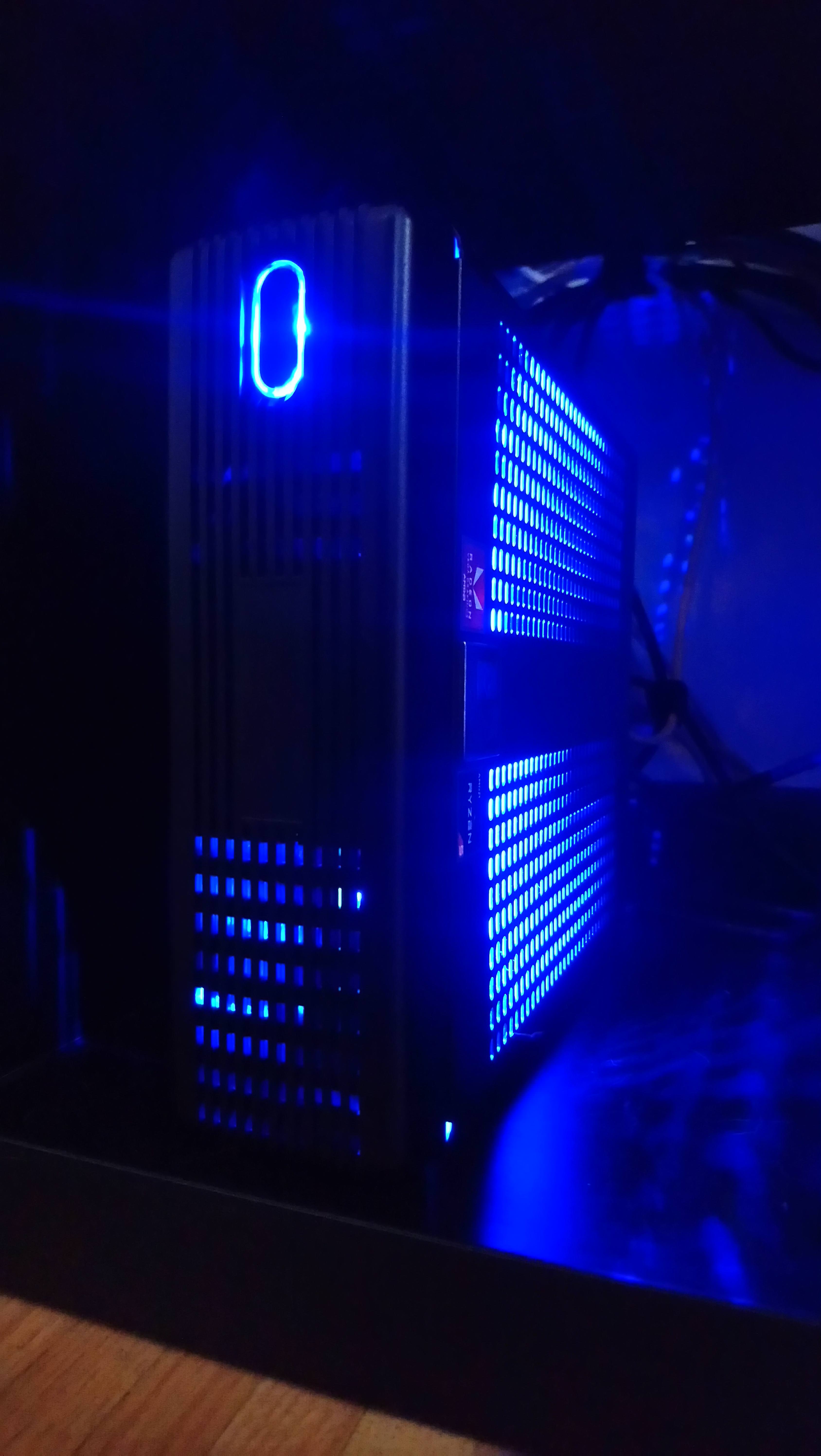 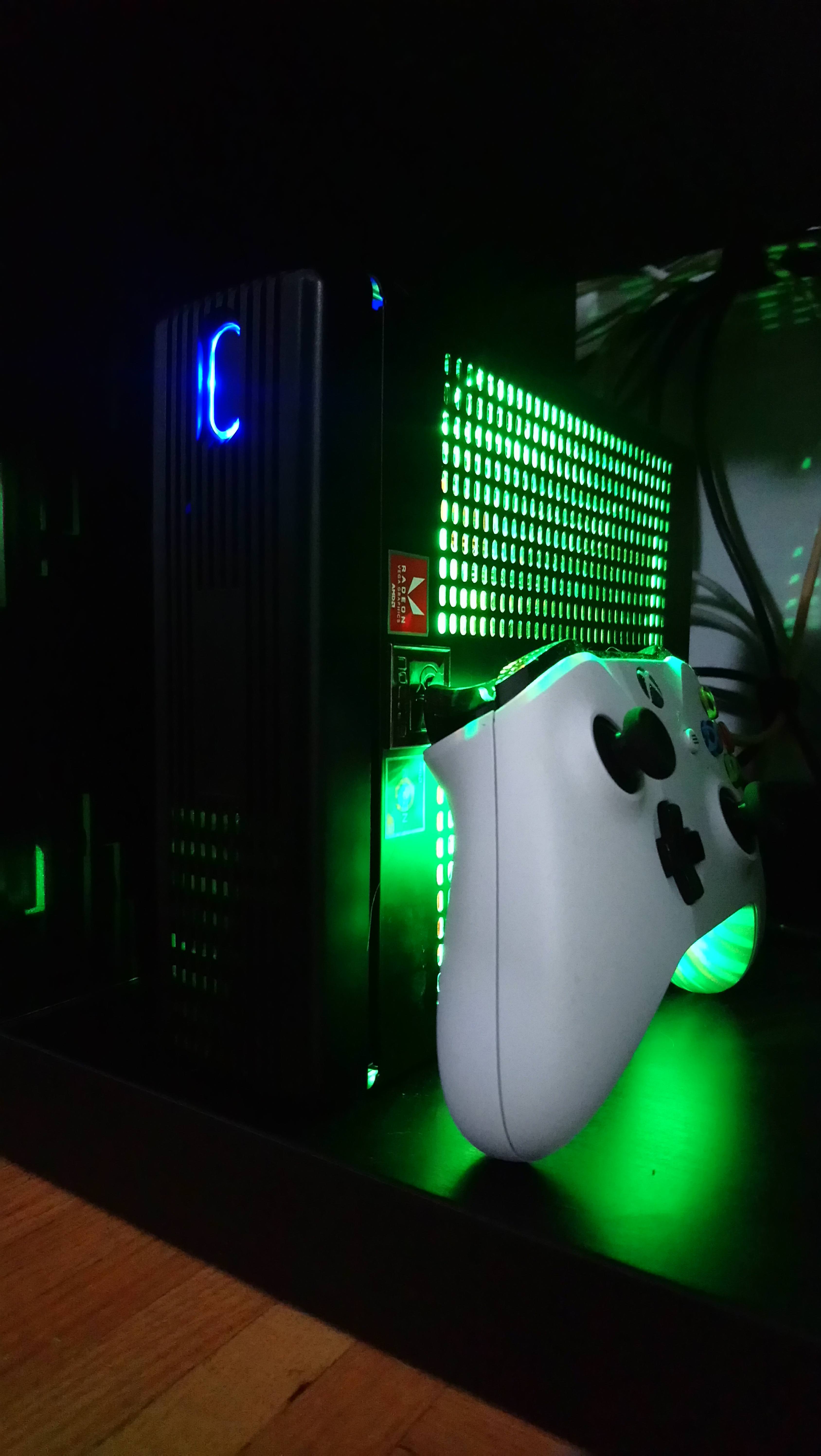 I made a case out of an ammo can, little more then double the size. Had an i3 and an rx480 in it.

Where is the PSU, is that blue cable an extension cord?

That looks about 2-3x the thickness and about 2x as long… so closer to 4-6X bigger.

The Ryzen APUs are really nice. I sold my 2400G a while ago, but my laptop has a 2500U in it and it’s actually pretty great for not having a dGPU.

I’ve got an AM1 system in an ever so slightly smaller chassis that I was having thoughts about upgrading to a 2400G just for giggles. Already had the pico-PSU on order so I’m glad to see that worked well for your build, now I don’t have to worry so much about power.

in an ever so slightly smaller chassis 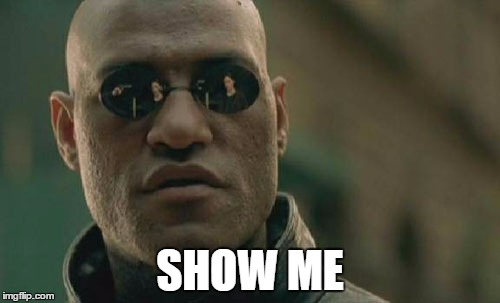